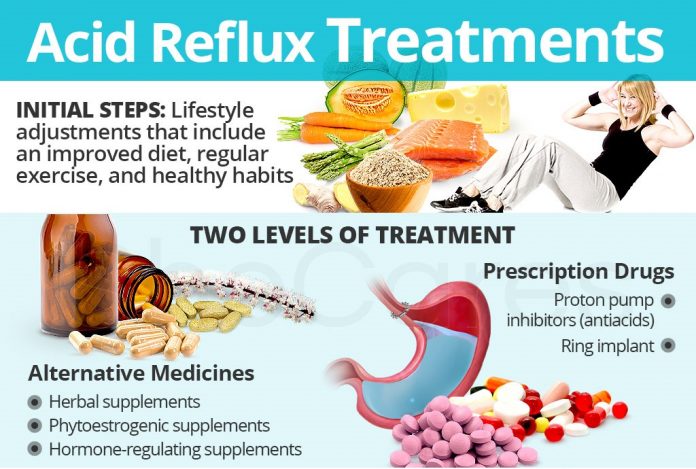 A burning sensation in the chest caused by indigestion is called Acid Reflux. It is usually centered in the middle of the chest and thus also known as heartburn. The more serious and chronic form of acid reflux is called GERD, or Gastro-Esophageal Reflux Disease. It is generally misunderstood as heartburn. While one can greatly minimize the symptoms of acid reflux at home, for GERD one needs to meet the physician.

You can begin your day with apple pancakes, stuffed apple dumplings, flour grain pancakes, banana muffins, French toast or buttermilk pancakes. Do not have oily stuff in the morning.

For lunch you can go for salads to avoid the inconveniences due to the rise of acids. This goes particularly for those who generally have lunch in their offices. Greek salad, Chinese salad, noodle salad, chicken salad with salmon, six bean salad, potato salad and all are good for suppressing this condition.

The technique for preparing these salads is also the same as that of preparing breakfast. Let’s take potato salad as an example. The usual ingredients in this case are potato, hard-cooked eggs, celery, onion, mayonnaise, mustard, salt and pepper to taste and chopped parsley.

To make it low acid inducing, the differences would be the low-fat mayonnaise and the egg substitute. Onion, mustard and pepper would also be avoided as these are acidic in nature. You can however add other vegetables like beans and carrots to aid in our digestion process.

Hopefully, the acid reflux diet recipes discussed above will help you. Also, curtail the consumption of micro-waves, frozen, pre-packed and processed foods as well.