The Best Diet For Diverticulitis 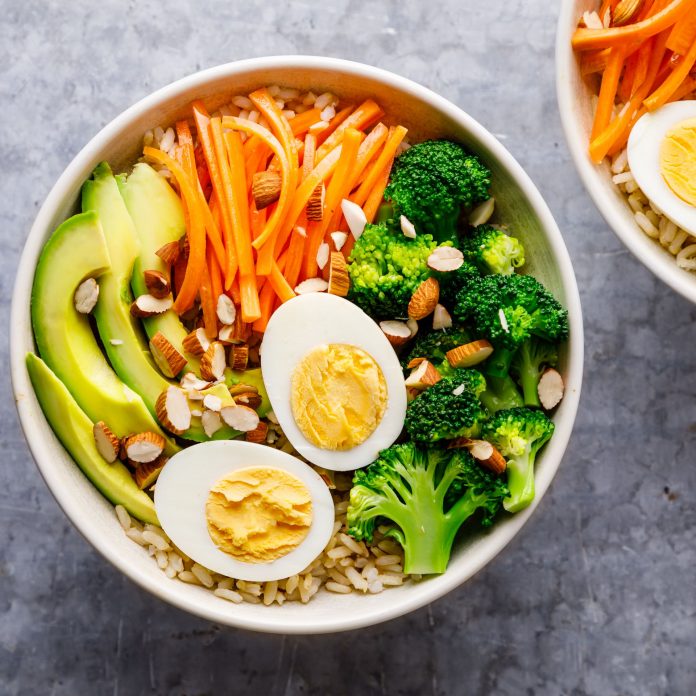 As humans age, they often develop increased pressure in their colon. This pressure is often caused by increasing episodes of constipation. As the pressure is applied to the colon, over time, small tissue pockets or sacs develop outward from the wall of the colon. These sacs are called diverticula. The singular is diverticulum.

The diverticula most commonly occur in the lower 1/3 of the colon, in the area known as the sigmoid colon.

There is no known, specific biological purpose for diverticula. They are simply an anomaly that occurs with age and increasing colonic pressure. The biological reason for the development of diverticula is merely the weakening of the colon as a person ages.

The development of diverticula in the colon is known as “diverticulosis.” When they become inflamed, the condition is called “diverticulitis.”

What Causes The Diverticula To Become Inflamed?

When small particles of difficult to digest food become trapped in the diverticula, they tend to rub on the walls of the colon and develop a very small lesion or ulcer. This small ulcer becomes inflamed and can often react unfavorably to bacteria, which is highly populous in this area.

Once the bacteria enters the picture, the diverticula become very inflamed, swollen and painful. When inflammation occurs, the next step is rupture. If a diverticulum ruptures, the result can be peritonitis or infection of the interior gut, causing severe abdominal pain and tenderness, vomiting, fever and diarrhea, as well as some other serious symptoms.

The ultimate result of this diverticulitis is often serious surgical intervention. This surgery, called a “colon resection”, is the actual “cutting out” of affected diverticula. Once this surgery is performed it is essential for the patient to avoid further episodes as the next step is often the application of a colostomy or the removal of a large portion of the colon and the production of an abdominal “stoma” or hole in the gut from which defecation occurs.

What Is A Diverticulitis Diet?

A diverticulitis diet is simply one that seeks to accomplish two tasks:

1) It prevents the further introduction of foods that have small, difficult to digest particles such as fibrous fruits or vegetables.

2) It lowers the pressure on the gut and allows the colon to rest as much as possible.

What Are The Most Common Diverticulitis Diets?

The most common diet used during acute episodes of the condition is what as known as a “low residue” diet. With this type of diet, fiber is reduced as much as possible because fiber particles can get into the diverticula and cause additional inflammation. The elimination of fiber allows the gut the flow and rest. It rests because fiber causes the bowel to move. Without much fiber, the colon tends to have less peristaltic action, which is the undulating movement that causes feces to move along through the colon. The lack of peristaltic action, unfortunately often leads to constipation so special types of laxatives, called osmotic laxatives, must be used. Most laxatives are bulk laxatives and use fibrous products to cause the bowel to move.

Osmotic laxatives, on the other hand, work by pulling large amounts of fluids into the colon. When this occurs the accumulation of all this fluid in the bowel leads to evacuation of the bowel contents.

With a “low residue” diet certain fruits and vegetables are allowed because their structure is such that very low fiber conditions occur. Some allowed vegetables include carrots, green beans, yellow beans, lettuce, cucumber, cabbage and cauliflower. Also skinless baked potatoes can be eaten effectively.

Some allowed fruits may be banana, cantaloupe, grapes, peaches and watermelon.

Corn, prunes, cherries, lima beans, red beans or nuts of any kind are strictly forbidden as are such products as popcorn.

A “low residue” diet is not easy to prepare nor to tolerate at all times. However, it is necessary in order to avoid an exacerbation of diverticulitis. It is also the most common diet for treatment of diverticulitis.

Another diet which is finding more popularity is the “food combining” diet. This diet should be used after the symptoms have dissipated and the gut is near normal; however, it can also be used to calm the symptoms if followed very strictly.

The “food combining” diet allows a person to eat almost any food that they enjoy eating. The difference is that these foods must be eaten in very specific combinations.

Here’s how this works in the gut:

The stomach and intestines can digest “almost” any kind of food as long as it has the appropriate pH to do so. When the pH is balanced as it should be, the appropriate enzymes, acids, alkalies and digestive juices are introduced at the right times. Thus, the efficiency of the digestive system is at maximum and most foods can be digested.

There are still some foods that simply do not break down well in any human digestive system so those particular foods are avoided at all costs.

The entire secret is determining which particular foods work the best, when combined properly. This is not difficult. It simply requires an appropriate information chart. Once a person understands how these food combinations work and use this diet, they often find that the symptoms of diverticulitis can be avoided as long as they remain loyal to the diet.

They also find that they can eat most of the foods they love as long as they maintain a certain combination of food mixtures.

Both diets are found to be highly effective if the patient sticks with them and remains compliant with the rules and requirements.

A decent diverticulitis diet can make the difference between a really horrible digestive experience or a near-normal epicurean life.